The "Symphonic Mob" is a play-along orchestra for everyone who enjoys singing or has mastered an instrument. Here, music lovers and professionals play together. The programme is put together in such a way that it does not present any insurmountable technical difficulties, even for amateurs.

Sheet music for the respective instrumental and vocal parts can simply be downloaded from the internet in advance - also in simplified form - and printed out. Those who wish can start practising well in advance and also prepare for the big event together with friends.

On the afternoon of 2 July, Bavaria's largest spontaneous orchestra will meet in the Kurgarten at 1:30 pm for a public rehearsal. The professional core this time is provided by the Deutsches Symphonie-Orchester Berlin (DSO), which originally invented the "Symphonic Mob". They will be joined by many enthusiastic amateur musicians from Bad Kissingen and the surrounding area. Also taking part is the Herz-Jesu Bad Kissingen Kantorei. 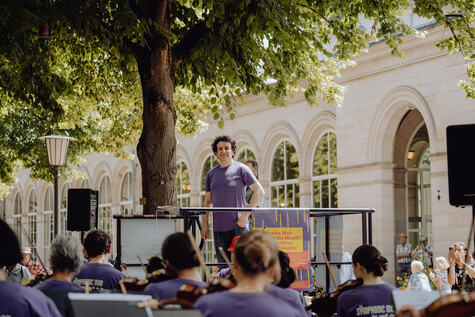 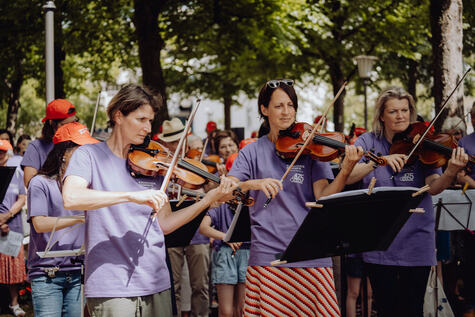 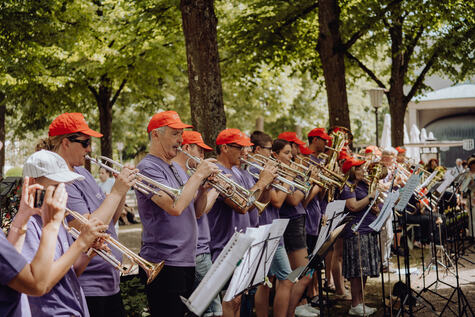 For all those who play and sing along, it is a special experience to become part of a great musical whole with many others and to surrender to the rush of sound. For all those who then join the audience at 3 p.m., the fascination of a concert will remain in their memories, where about half of those present are participants. The musical director of the Kissinger Mob is none other than star conductor Kent Nagano, the honorary conductor of the DSO. With Bizet's "Farandole", the "Nimrod" from Elgar's "Enigma Variations", Grieg's "From the Hall of the Mountain King" and Verdi's "Gypsy Chorus", the programme combines popular works of musical romanticism - a pleasure to listen to and play in equal measure.

If you would like to receive the latest information about the Kissinger Sommer by e-mail, please sign up for our newsletter.